My husband had to go up to NYC for work for a few days this past week. I needed to use up some vacation time, so I decided to make use of the free hotel room and join him. Since he had to be downtown for work we stayed down there in the Millennium Hilton, which is right across from the World Trade Center site. Our room had a fantastic view of the memorial.

We took the train up on Tuesday morning. He headed into work and I wandered around the city. I didn’t want to spend a bunch of money to get into a museum, so I decided to go up to the main building of the New York Public Library to see the exhibits they had up. On my way up to the library I walked past Macy’s and saw that they had some flower show up called Journey to Paradisos, which involved elaborate flower displays with spaceships and aliens in their windows and all over inside the main level. The subject matter was kind of weird, but the flowers were pretty. I didn’t get any good shots of the window displays because the sun was at a bad angle and the reflections of the buildings in the glass blocked out was actually inside the windows. 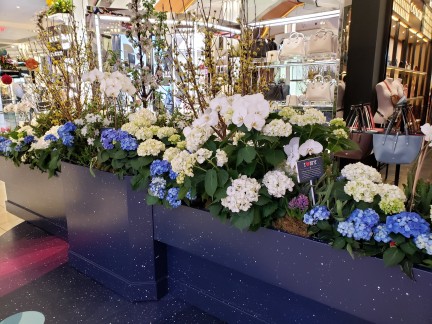 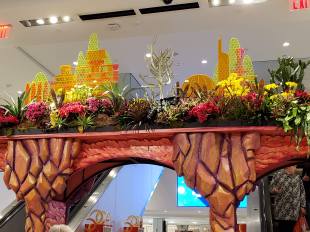 It’s been over a decade since I last went inside the library. The last time I was there they had really cool exhibits on illuminated manuscripts and maps. The exhibits up this time were not nearly as elaborate. They had a Stonewall 50 exhibit celebrating LGBTQ rights and 50 years since the Stonewall riots. There was also a Walt Whitman exhibit that I didn’t spend a lot of time in because I don’t care that much about Walt Whitman and the space felt really crowded and claustrophobic so I just kind of wanted to get out of it. 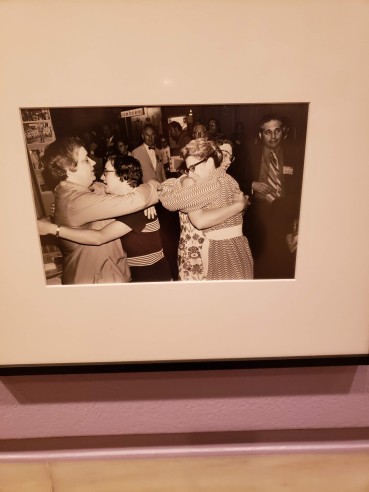 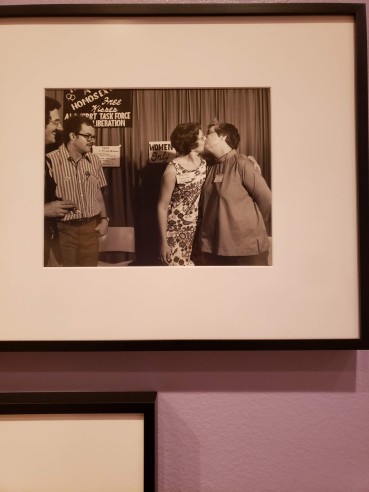 I hadn’t originally planned to see a show on Tuesday night, but I had looked at what else was going on around the city and didn’t see anything that struck my fancy. I noticed that the new play Burn This starring Keri Russell and Adam Driver was in previews, so I convinced my husband we should go see it. It’s a revival of a 1987 play and is still set in the 80s here although for the most part it could have been set today. There are a few references and one scene that revolves around an answering machine that would have had to be changed, but other than that it could have happened in modern times. It did allow us to joke about Keri Russell only wanting to play 80s characters and my husband wondering if she just brought over her wardrobe from The Americans.

It’s a 4 character play with Keri Russell playing a woman whose roommate and dance partner was recently killed in a boating accident with his gay lover. The other characters played by David Furr and Brandon Uranowitz are her boyfriend and her other roommate and Adam Driver who plays the brother of the dead roommate who comes in and sort of upends all of their lives. Adam Driver is perfectly cast in this role. I can’t imagine anyone else in the part. There is some wonderful humor with him and articles of clothing. I’m really glad we decided to go see it on somewhat of a whim as I really enjoyed it.

I also really wish I could have someone associated with the show make me a playlist of all the songs used in and around it. To get you in the mood for the 80s setting of the show they had a fantastic playlist of 80s songs playing while you were waiting for the play to start. Then there were some really great music cues throughout the play itself. They really all felt perfectly placed and meaningful and not just let’s throw some 80s songs into this. I don’t really know anything about the original run of the play, so I would be curious to know about the music used back then. I’m hoping once the play is fully running that maybe some equally nerdy music person will create a playlist from it or if nothing else tell me what the song used as the main music cue at the beginning and end of the first act is because while I totally know the song I can’t for the life of me remember what the name of it is or who it’s by and I couldn’t pick out enough lyrics to even try and Google it and it’s driving me crazy. So you know, someone else go see it and tell me what that song is.