Three of my friends and I try to do a girls’ weekend away every fall. This year we chose to go to Richmond. Almost every single person who I told that I was going on a girls’ weekend in Richmond scoffed at me, including one of the people I went with when it was initially suggested. I had never been there before aside from driving through on I-95, but it was in a good driving distance for a long weekend and looking it up there seemed like there would be enough to keep us occupied for a weekend. So to everyone who looked askance at me I can tell you that you were wrong. We had a very fun time in Richmond.

We rented an AirBnB in a neighborhood called Church Hill. It’s pretty much a residential neighborhood, but it was very cute with lots of beautiful Victorian style homes. It was also very historical because when I went for a walk around the neighborhood I saw lots of historical plaques on houses. Even though it was mostly residential there were a number of delicious restaurants within walking distance of the house. We wound up eating most of meals nearby.

After we got in on Friday night we walked over to the Liberty Public House in time to take advantage of some happy hour specials and eat dinner. On our way back to the house we stopped by this little place called the Union Market, which was a little sundry shop/restaurant of some sort. We stocked up on some alcohol, cheese, crackers, and some amazing ice cream sandwiches from a local ice cream place called Nightingale ice cream. We tried 4 different flavors (key lime, orange creamsicle, cookie monster, and salted caramel). They were all amazing. I wish they had them here so I could try some of the other flavors. We wound up going back to the house and playing Uno because we were all exhausted. I swear I looked at my watch thinking it was time to go to bed and it was only 7:30.

I always like to try and get my exercise in, so I got up and went for a walk around the neighborhood before everyone else got up. I like walking around because it gives you better sense of things than just driving by. After we all got ready for the day we grabbed breakfast at a little bakery/coffee shop near the house called Sub Rosa. The baked goods were amazing. I ate a sour cherry and pistachio pastry that was crazy delicious.

After breakfast we headed to the Carytown neighborhood. There is a cute little main street there with tons of shops and restaurants. We spent several hours wandering around there popping into stores. We of course spent a long time browsing in the new and used bookstore. For some reason it was called Chop Suey. My best guess is maybe there was a restaurant in the same location by that name and they decided to go with it. At any rate they had a store cat whose name was WonTon, which I thought was super adorable. I managed to leave the kitchen store without buying anything, but I did get some spices at the Penzey’s.

We headed back to the house for a few hours in the afternoon where we snacked on our cheese and some fruit for a late lunch and played Phase 10. We went to dinner at a place in some other neighborhood, though I’m not sure which one, that several people had recommended called Lunch. or Supper! We wound up having to wait an hour for a table, but they had a nice beer garden to wait in so it wasn’t terrible. In addition to the recommendations we also chose the restaurant because it was just a block down from the Blue Bee Cider tap room, which we also wanted to go to. We got some cider and sat outside in their I guess cider garden and enjoyed the beautiful evening.

During our travels on Saturday I realized that there was a canal path about a half mile from our house, so I decided to check it out for my Sunday morning walk. It was a great walk along the water that took me through a lot of different areas. Where I started it was a path running under some train tracks with a lot of beautiful trees along the water. As I got closer to downtown it was kind of like walking through some various locks, which was kind of cool. Then it turned into an actual canal walk like cities sometimes try and build up with some restaurants though in this case not that many, and some place you could get on a sightseeing boat on the canal. At the point I turned around the path was in some park. So it was great little walk where I felt like I got to see a lot of different things. We grabbed brunch in our neighborhood at a place called the Roosevelt, which was delicious as well before heading back to Baltimore.

Everything about the weekend was helped by the beautiful weather. It was perfect for all the time we were able to spend outside walking around and enjoying food and libations al fresco. Aside from the traffic driving there and back (suck it DC beltway) we had a great trip and I would definitely recommend Richmond to anyone looking to get away for a long weekend. 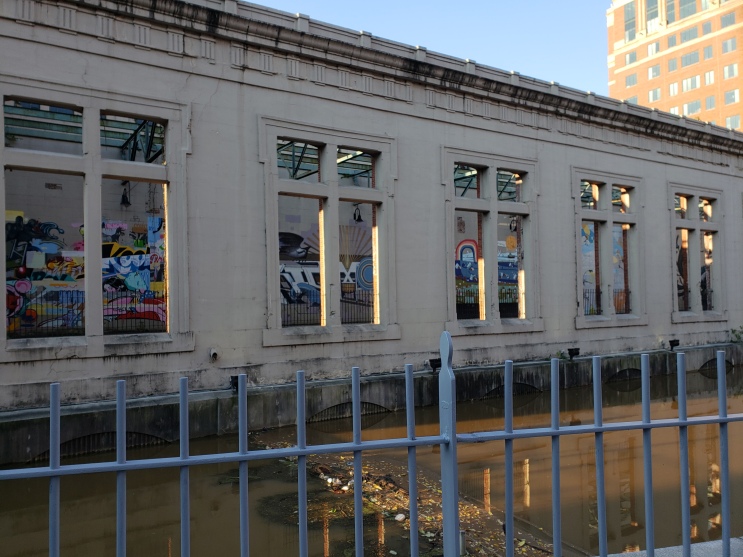 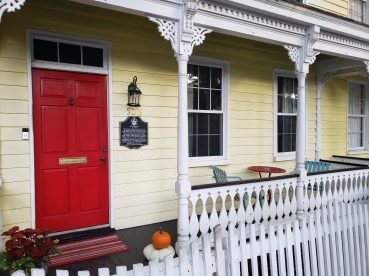 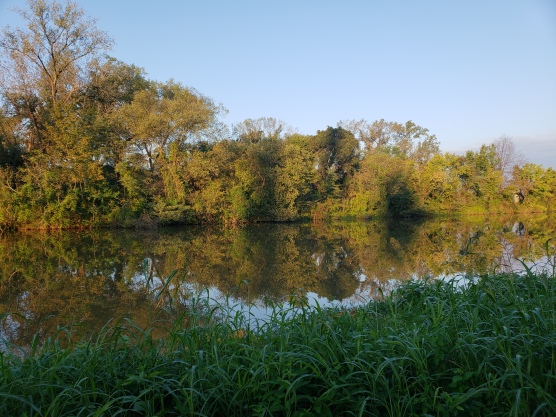