This weekend my husband’s sister, her husband, and their kids came down to Baltimore for the Easter weekend. They got here on Saturday afternoon. Somehow they missed their exit off the highway and wound up in downtown Baltimore. Serendipitously they called us to tell us that and we told them to just stay there because we were planning on heading down to the aquarium anyway. We hopped in the car and got down there before they even made it out of the parking garage we directed them to.

After grabbing a quick lunch we headed to the aquarium along with apparently everyone else in Baltimore. It was probably the most crowded I have ever seen it. It was definitely more crowded than when were there at a similar time a few weeks ago. Apparently everyone decided to bring their Easter visitors to the aquarium. The kids definitely enjoyed looking at all the fish. Even though they don’t do official dolphin shows anymore, we did get to see them doing some enrichment activities with the dolphins this trip.

Eventually though the only animal Ryan and Lily were interested in seeing was our cat, so we headed back to our house. Scout was not as excited to see them. She spent most of the weekend hiding in the basement aside from when she ventured out to try and get some food or Paul dragged her out so the kids could pet her.

Sunday morning we headed to the zoo for their Easter Bonanzoo. I had only been to the zoo one previous time many years ago and it was raining. The weather was better this time, but I didn’t see much of the actual zoo. The kids were much less interested in seeing animals at the zoo than they were looking at the fish. They were more interested in the carousel and the little train ride. I did get to see the polar bears though, which really is the only thing I care about anyway.

When we first got to the zoo though we did all the Easter Bonanzoo activities. They had an Easter egg hunt and lots of little games you could buy tickets to play. There was also some big bouncy train thing that both kids said was their favorite part of the zoo when I asked them.

They pretty much packed up and headed back to New York right after we got back from the zoo. It was a great Easter weekend. I hope yours was full of fun and family too. 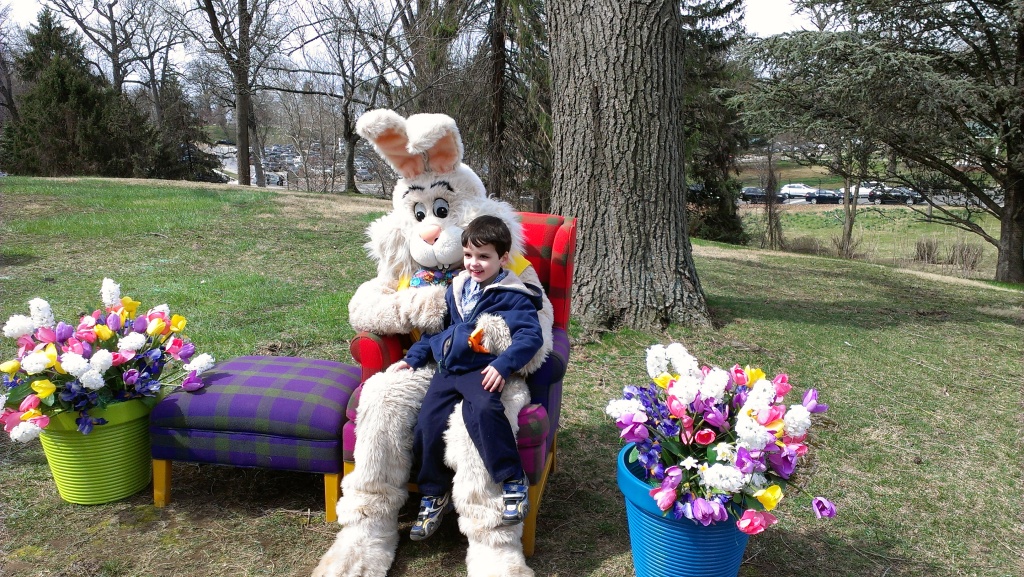 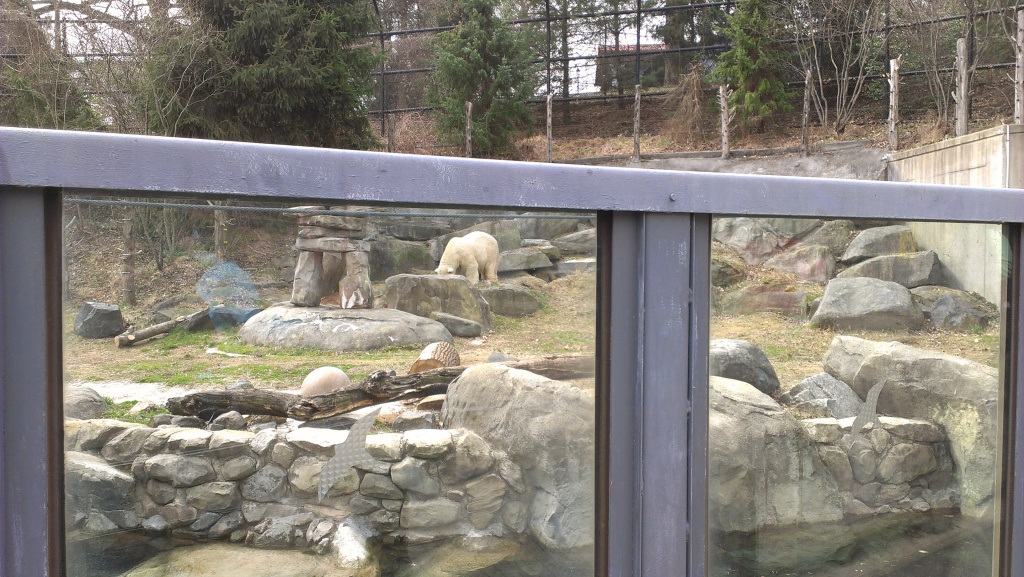